Alex is an accomplished multi-instrumentalist, singer, performer and composer, residing in Helena, MT, where he performs, teaches and raises a young family.

Born in 1981, Alex was raised in the San Francisco Bay Area and was introduced to the world of music at age 3 via a small violin and inspired teaching both privately and at the music department at Holy Names College, Oakland, California.
HNC provided opportunities for young players to develop their talents and skills in environments that both expanded their musical knowledge and experience, and provided a broad constructive social and educational experience.
Along with his peers, Alex was playing in junior string ensembles by the mid eighties. He competed in and placed in many youth competitions (ex.Junior Bach Festival).

Possessing a natural ear for pitch, he qualified to join the internationally renowned Piedmont Children’s Choirs and by age 9 was promoted to the Performing Choir. As his vocal skills developed he received professional voice training leading to a position of lead boy soprano with Piedmont Choirs.

While continuing his violin studies, in 4 years with Piedmont Choirs performing group, Alex traveled annually to perform internationally, touring Canada, England/Wales where he placed in the Eisteddfod solo competition, Russia and Alaska, as well as countless domestic concerts and performances. Additionally he enjoyed increasing his musical and stage opportunities including roles in productions of Oliver, Amahl and the Night Visitors, Peter Pan, The Mikado, The Pillow of Kuantan, The Golden Vanity and other productions.
During this period Alex discovered piano and the guitar and, initially self taught, he rapidly found opportunities to join with other young players, learning the craft of music, with casual gigs and garage practice. By his early teens Alex’s musical and performance potential had been recognized and he secured a competitive residential place at Arts Educational School in London, England, to study acting, dance and stagecraft. Additionally he also secured a place at Trinity College of Music in London, continuing his violin and classical training at Trinity. Privately, in London, he continued his guitar studies with Dave Kilminster and Eric Johnson at GIT.
Returning to California with Stage and Actors Equity membership Alex looked to expand his performance opportunities. Working with a wide range of styles, musicians and venues Alex has performed with groups, orchestras, ensembles and solo guitar/vocal.

In settling in Helena with his young family he has found the time to compose music and scores for commercial advertising and a full length movie as well as organizing concerts featuring local musicians and bands. Currently Alex is enjoying continuing to compose, teaching guitar and violin and performing regular gigs as a vocal/instrumental trio named Tondelayo.
He finds it fun and inspirational, now, to be able to pass on to his students much of the blend of experience and skill that he has found to be so satisfying and exciting. Alex values the creativity and positive influence music offers to all who take the time to engage and enjoy. 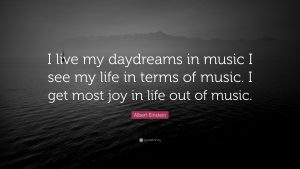